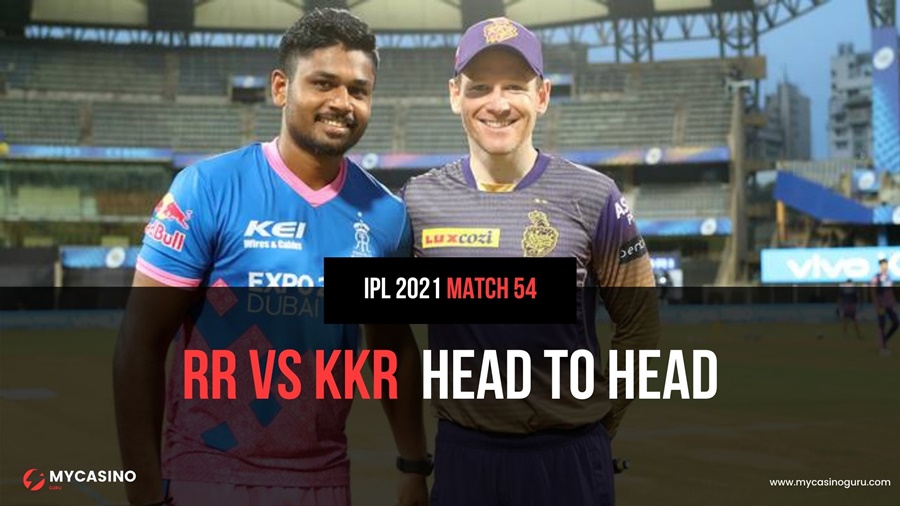 And all the matches, the two editions of IPL, and the teams trying to topple each other for sealing a playoff spot are boiling down to the last few games of the IPL 2021 season. On 7th October, Kolkata Knight Riders and Rajasthan Royals will play their last league match against each other at Sharjah Cricket Stadium.

Both the teams were in an almost similar state at the start of the second edition of the IPL, but Kolkata Knight Riders did a fantastic turnaround by winning four matches out of 6. These wins took KKR high up in the table, and they now need to win one more game to seal the last and final place in the playoffs. This is a must-win game for KKR if they wish to make it to the playoffs.

Read Also: MPL Play Pro league: Is It Safe Or Not?

On the other hand, Rajasthan Royals, who have almost lost their chances of making it to the playoffs, will come to the fields with nothing to lose. They are currently in the seventh position with 5 wins from 13 matches.

Mathematically speaking, if RR wishes to qualify for the playoffs, they must beat Kolkata Knight Riders by 125 runs and hope that Sunrisers Hyderabad beats Mumbai Indians by 40 runs or more in their upcoming match.

In their last game against MI, they suffered a massive defeat where MI chased a total of 90 in just 8.2 overs. However, it was an unforgettable match for RR but they should come to their last game of the league with a positive attitude.

Talking about KKR, who are just one win away from sealing the last spot in playoffs. Now that they are close, Eoin Morgan’s team would be looking forward to improving their Net Run Rate if they do not wish to be surpassed by Mumbai Indians, who got close after their last game with Rajasthan Royals.

KKR had their last game against Sunrisers Hyderabad, where they won by 6 wickets. KKR managed to restrict Sunrisers to a 115-run total in the first innings with their bowling attacks that the Sunrisers batters could not handle.

Tim Southee and Shivam Mavi kept a tight grip on the ball and showcased tremendous bowling along with  Shakib Al-Hasan, Sunil Narine, and Varun Chakravarthy, who restricted the batsmen from wielding their willow in the field.

However, KKR was not good at the start, and after losing Venkatesh Iyer and Rahul Tripathi in the first seven overs, their morale dropped. Then Shubman Gill held the fort and hit some high-scoring shots to get a phenomenal 57 runs off 51 balls and took the team home in 19.4 overs.

The two teams have faced each other a total of 24 times where KKR have won 12 matches while RR has won 11. The scores suggest that both the teams are equally competent and it will be a cut-throat match between both the teams.

The last time both the teams met in the first edition of IPL, Rajasthan Royals beat Kolkata Knight Riders by 6 wickets in Mumbai.

Get the Tickets to this IPL Match

If you are a Royals fan, then this is your last chance to see your team playing the league matches in the stadium before we move to the playoffs for the IPL 2021 season. Get your tickets today at https://dubai.platinumlist.net/vivo-ipl-matches.

You can even place bets in IPL at IPL betting sites that promise to offer exciting gameplay with live-action of all the IPL 2021. Do not forget to read some amazing cricket betting tips to win generous rewards.