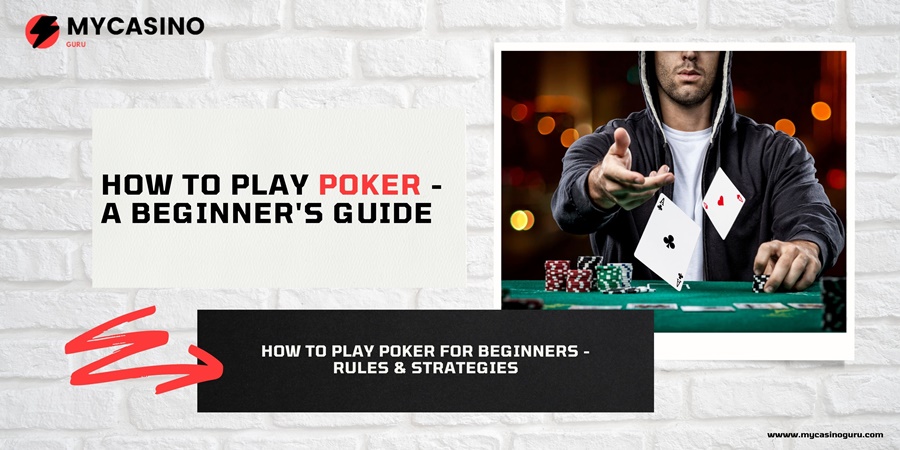 Poker. A game often played by the smartest people in the room, where every move is as important as your own life! One misstep and you’re out! That’s how they do it in the movies, right?

Calm down. Poker isn’t all that hard to learn and also once you master the basics, it’s a smooth road down the hill. This guide will tell you exactly where to start and all the basic terms related to this brain hurting game. (Pun-intended)

In a deck of 52 cards, cards are ranked in decreasing order(highest to lowest) and are categorized into 4 types that are displayed by different symbols called suits. (Clubs, Diamonds, Spades & Hearts)

Let’s look at the card ranking: (Top to bottom)

You should know that all the suits are equal in value. Let’s learn about the different types of poker variations.

There are many types of poker variations to learn about and play. Some of the popular ones are

Out of these, Texas Hold ’em is the most popular poker variation. It’s Texas Hold ’em that you will find at almost every online/live poker game. But before we learn about Texas Hold ’em, why not know some important terms?

In poker, there are different sets of cards known as hands. While each set contains 5 cards, hands are ranked and each hand is given a name.

2. A straight flush comprises 5 cards of the same suit. (Arranged in numerical order)

3. 4 of a kind hand comprises 4 cards of the same rank. But each suite is different. Along with the 5th card of any rank.

7. A 2-pair is a hand of two cards of one rank along with 2 cards of another rank. And 1 unmatched card.

8. Pair means you have 2 cards of the same rank and 3 other unmatched cards.

9. High Card is the hand of the lowest rank. No cards have the same rank, are not arranged in consecutive order and not all are from the same suit.

Action Calls on the Poker Table.

Each call on the Table has a different action to move the game forward until a winner is decided. Betting is done in a clockwise manner. When it’s your turn to make a bet you’re required to make a few actions.

Let’s know about them in detail.

Call: When the highest bet is made, the action to match the bet in a round is known as a call.

Raise: This action is called out when a player is going to make a bigger bet than the highest bet made earlier. This way, more money is put on the table.

Check: If you don’t wish to make a bet or to put money on the pot, you can raise this call to pass the turn to another player.

Bet: If you wish to wager money on the table. Make this call.

Fold: If you don’t want to match someone’s bet, this action is made to turn your cards to the dealer face-down.  That way, no other player would have an advantage over you.

The betting rules tend to remain the same in Texas Hold ’em, Omaha, and Crazy Pineapple. (Talking about the popular ones)

Played in a clockwise direction, players are seated at a round table. In online poker, the position of a dealer is marked by the symbol D or Dealer. Left of the dealer are two positions known as the Big blind and the Small blind.

The betting rounds are as follows:

● Flop: After the pre-flop rounds get over. The dealer reveals three cards known as the Flop. The flop is a set of three community cards, which can be used by all the players to build a combination with their hole cards.

● Turn: One more card is being drawn and the post-flop round betting begins. This round begins with the remaining players usually the left one to the dealer. The dealer is left with three choices, to check and pass the opening act to the next player in turn. To bet an amount at least equivalent to the big blind and up to all the players’ chips or all in. To fold in the first position and simply pass the action to the next player. Should the first position make an opening bet, all of the following players can decide to fold. Or they must call a raise in turn, to stay at hand. If the first position and all the players in the round check in turn then the post-flop round is complete without an opening bet. The dealer reveals the fourth card known as the turn and the post-turn betting round begins.

● River: The dealer reveals the final community card known as the river and the final round of betting is commenced. During the final round, if all but one player fold their cards, the remaining player becomes the winner.

So, this is how a game of poker is generally played. Whenever you visit any online poker gaming platform, just remember these steps and terms and you’ll win the round and the money! (of course) Texas Hold ’em being the most popular is more than enough to get you started. Once you master it, you can then jump on to the next poker variant. It’s easier than it sounds!

1. Which hand is the best one in Poker?

The Royal Flush is the best combination of cards (known as hand) that you can get. It comprises 5 cards of the highest rank of the same suit. Ace, King, Queen, Jack, and a 10.

When you don’t want to match someone’s bet or avoid taking part in the round, the action fold is commenced. The cards are turned face-down to the dealer.

3. Do I need to learn all forms of poker to be good at it?

No. You don’t need to practice and get better at all variants of poker. Just learn the popular ones and you can work your way up from here. If you know even two variations of poker, you’re good to go!

4. How is the winner decided in poker?

After the final round is over, all remaining players on the table reveal their cards in turn. The winner is the player with the best 5-card hand, made without the combination of the seven cards. Two-hole cards and 5 community cards. 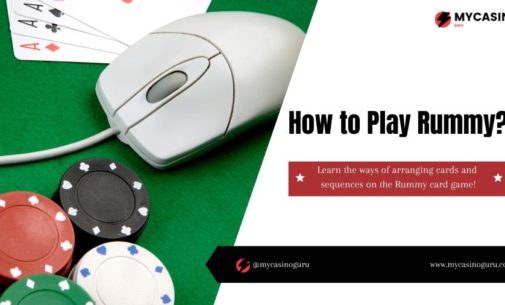