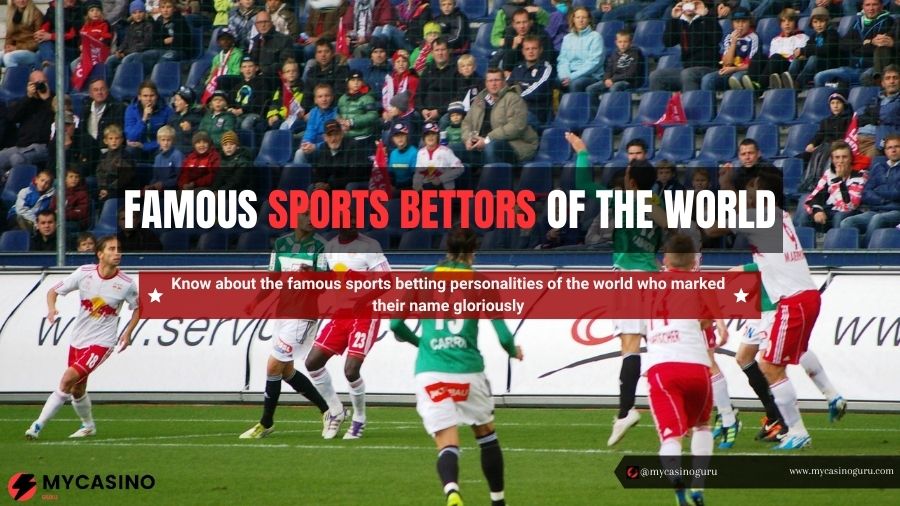 Famous Sports Bettors of the World

Finding something to like about sports betting is quite common. While some people just bet for the excitement that comes with it, others like it for strategizing while placing the bets. Almost every individual indulging in sports betting has their own set of reasons behind betting in sports.

The reason for betting on sports is different for different people. Some people use it as a recreational activity to pass their time, and some keep on chasing the high they get from winning the bets.

There is a wide range of bettors placing their bets on different sports. Some can’t succeed even after placing many bets, while others keep on crushing the bookies. So let’s focus on some of the most famous sports bettors who have made it big by winning sports bets.

Some of the most famous sports bettors of all time

Here is the list of the most famous sports bettors worldwide who have made it to the top of the list by winning big.

Billy Walter then teamed up with an organization named Computer Group that moved his betting career forward in the 1980s. His success in the betting industry stretched for decades, and it is estimated that he was earning $50-60 million dollars per month in his prime.

This might come as a surprise to many, but yes, the second person on this list is none other than the basketball star, Micheal Jordan. However, the greatest player in Basketball wasn’t a gifted sports bettor as it is believed that he lost millions of dollars in sports betting.

It isn’t clear whether he placed his bets on Basketball or not, but he made a bet on golf. Once, Jordan lost almost around $1,000,000 in a betting round of golf against a wealthy businessman. Because of all these big transactions, Micheal Jordan is second on this list.

This guy was an innovator in the world of sports betting and was way ahead of his time. Bob Voulgaris started his sports betting career in the 1990s when he was just 20 years old but was already on his way to becoming one of the best gamblers in the history of sports betting.

By the time Voulgaris turned 25, he was betting around $1,000,000 a day. He could read his opponents’ tendencies and the bookies, which was his secret weapon while placing his bets. He loved placing bets on Basketball and knew the game inside out, which also landed him a job in the front office of the Dallas Mavericks.

He is an undefeated boxing champion who loved talking about money. His next favourite thing to do was bet on sports with his money. Floyd Mayweather has placed some notable big bets in the recent past.

Mayweather doesn’t need a big sporting event to place his bets, unlike some bettors. The boxer keeps posting his betting slips on his social media account, which revealed that he once wagered $45,000 on Colorado St and beat the -3.5 spread against Hawaii in a college football game. A couple of other betting slips, too, indicate even bigger wins. However, these are just the slips he published and guessing there will be much more, and the boxer earns fourth place in this list.

This guy is considered to be the Jeopardy stud as he has won more than 32 games of Jeopardy, claiming $2,462,216 of winnings. Holzhauer’s betting techniques have also become public with his newly found publicity.

He uses complex math in this betting process and prefers future bets and live betting, among others. So keeping his strategies and wits in mind, don’t be surprised if you see him in the news for his big betting wins shortly.

This may surprise many, but the number six on this list is the famous actor Ashton Kutcher. He revealed in a recent interview his involvement in placing bets for some of the successful betting syndicates.

While the bookies thought of him as a newbie who was placing many risky bets, he was making huge sums of money through betting. But soon, the sportsbook caught on, and Kutcher had to end his betting career. Although he had a short run in sports betting, it was impressive enough to get his name on this list.

50 Cent, the famous rapper, had made plenty of money by winning bets when he was in his prime. His legal name is Curtis Jackson, and he is 43 years old. He is an avid sports fan who is also known to indulge in some healthy sports betting.

He once bragged about a $500,000 win on his social media account in 2012. However, his biggest sports betting win came in 2015 when he wagered a $1.6 million bet on none other than Floyd Mayweather. The game was won by Mayweather, which in turn fetched 50 Cents, a huge sum of money.

Bloom is a famous entrepreneur, Poker player and also a sports bettor. He is a billionaire who is also a low-key sports bettor. Although there isn’t much information on his betting strategies and tactics, he is known for wagering large amounts of money on some sporting events. He is also the owner of Brighton Hove and Albion, football teams that play in the Premier League. This confirms his love for sports.

These are some of the biggest names in sports betting history. While a few of them are well-known celebrities from the entertainment and sports industry, some are professional sports bettors who have made millions from betting in sports. We never expected the names like Micheal Jordan, Floyd Mayweather and Ashton Kutcher to pop up on this list, proving that sports betting is not just limited to the common people.

The highest amount won through sports betting is $2.5 million, which Vegas Dave won. He won this by placing his bets on Kansas City Royals to win the World Series.

Some experts may say that it is possible to make a living through sports betting, but you must keep in mind that the chances of the result going, either way, is 50-50. So while it may seem profitable, the fact is that most bettors lose more money than they win. 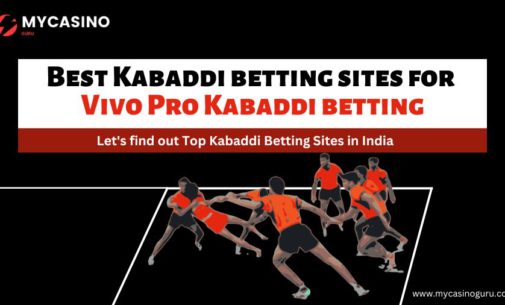 Cricket may still get all the attention, but kabaddi is still a
Sij