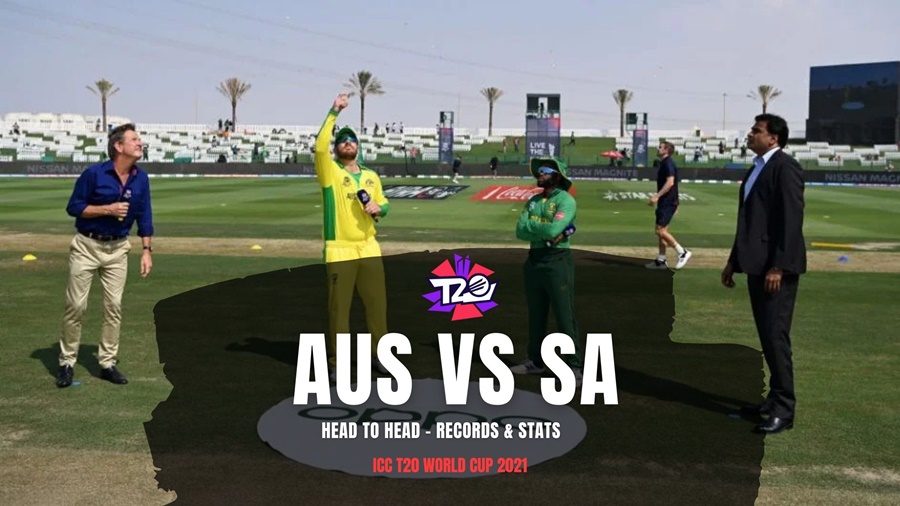 Stay tuned for the very exciting Australia vs South Africa head to head in t20 ICC World Cup 2021. The curtains for the match will be raised today, 23rd October 2021, at 2:00 p.m. UAE time. The match is played at the Sheikh Zayed Stadium in Abu Dhabi.

Since 1902, both these teams have played against each other in 216 matches in ODI, test matches, and t20 formats. Out of the 216 matches, Australia has won on 111 occasions and South Africa has been victorious 81 times. The rest of the matches have ended in ties or no results. When we look at the Australia vs South Africa head-to-head ODI record, both have had equal wins of 48 matches each.

Currently, Australia holds the 7th rank and South Africa holds the 5th rank according to the T20 World rankings. Both the teams are in Group A and look strong. Moreover, all the fans are waiting for a spectacular and nail-biting match ahead of them.

This match will also give a headstart to one team to start their Point ranking in the ICC T20 World Cup. My Casino Guru is very excited to bring the important details about the teams before the start of the match.

The Super 12 stage of T20 World Cup 2021 begins with the two giant teams facing each other, Australia and South Africa. The match is expected to be super exciting, as most of the players from both teams have played each other in the IPL 2021 recently. They know each other’s strengths and weaknesses very well. So, there is anticipation that fans are going to see some phenomenal cricket today.

Since this is the first Super 12 stage match, many experts are predicting that whoever wins this match could go on to win the T20 World Cup tournament.

Aaron Finch-led Australian team suffered a major blow in the warm-up game against India, as it seemed like they were still getting used to the T20 format. However, the team had a good victory in their first warm-up match against New Zealand, which could help them have a high spirit. If you know the Aussies well, you will know that they would like to get a good victorious headstart to their ICC t20 World Cup 2021 campaign. Moreover, it would be a real motivation for the team considering they have still not won any of the t20 World Cup tournaments to date. Thus, being one of the favorite teams, their spirits are rather high.

On the other hand, Temba Bavuma’s South African led team had a thrilling victory in the warm-up match against Pakistan. So, their players are pretty confident and in good shape to start their t20 World Cup campaign with a winning bang.

Top Players to watch out in the Australia vs South Africa head to head in t20:

Glenn Maxwell is nicknamed the ‘big show’ for his super sixes in any given game. The Australian international cricketer is in great form and has attributed his return to Indian crickets Virat Kohli and South African cricketer AB de Villiers during the IPL 2021. These three were teammates in Royal Challengers Bangalore. Moreover, Glenn Maxwell knows the pitch of the stadium really well, since he has played on the turf during the IPL matches. His ability to get quick runs is going to be pretty devastating for the He will be very dangerous against the Proteas (South African Team).

Apart from Glenn Maxwell, the other players to watch out for are David Warner, Steve Smith, and Pat Cummins. They returned to the Australian squad and can be very dangerous to the opponent teams by causing serious problems.

The Proteas fast bowler is a deadly weapon against the Australian team. His fast wicket-taking ability is lethal for the opponents and this was clearly evident during the IPL 2021 matches when he played for the Delhi Capitals. was a primary asset for Delhi Capitals in the second phase of the IPL recently. His right-handed bowling line, fast pace, and length can dramatically help South Africa to keep the runs lower if Australia chooses to bat first. He is the key to stopping the Australian batting line under check.

Apart from Kagiso Rabada, the sensational pacer Anrich Nortje is to look out for. South Africa’s Tabraiz Shamsi is currently the World’s number one spinner that can break the rhythm of the Australian batsmen if they win the toss and elect to bat first.

The weather in Abu Dhabi is pretty cloudy and the temperature seems to linger around 32 degrees celsius. The players may feel the heat, however, since they have played on this pitch and weather conditions last month during the IPL 2021, they are accustomed to it.

The pitch in Abu Dhabi favors the spin bowlers and the batsmen could find it easy to score runs on it. Swing bowlers may find it difficult on this pitch in the power play, which the batsmen could take advantage of. However, as the match progresses, the pitch may become slower and that could cause problems to the team that bats second.

So, whoever wins the toss, the winning captain must choose to bat first. The weather is hot during the day, and since the match will be over before the evening, the evening dew will not affect the game.

Other players to watch out:

David Warner is the opening batsman in the Australian team, however, he has not been in form lately. The 34-year-old batsman was not that great during the warm-up games. However, if David Warner makes a comeback, he can cause a massive blow to the South African team. We hope he has a focused game ahead.

Australia vs South Africa head to head in t20, when and where?

The first head-head between Australia vs South Africa fixture will take place at the Sheikh Zayed Stadium in Abu Dhabi, UAE. The match will start at 15:30 I.S.T. or 14:00 UAE time.

Those who cannot go to watch the live match inside the stadium can watch the cricket match on Hotstar Premium or VIP account. Alternatively, you can watch the match on Star Sports channels.

Enjoy the match and place live bets on UWin and Cricsbet:

For cricket punters, this is a very exciting and favorable match to place their live bets on. You may also place bets on your favorite team before the match starts. Also, watch live streaming of the match while you place in-play bets on UWin and Cricsbet casinos. Download the mobile apps to watch the match and place bets on the go too.

Stay tuned for the latest match updates, and schedules of ICC T20 World Cup 2021 at My Casino Guru. Comment below to tell us your favorites and which team do you predict will win this match? 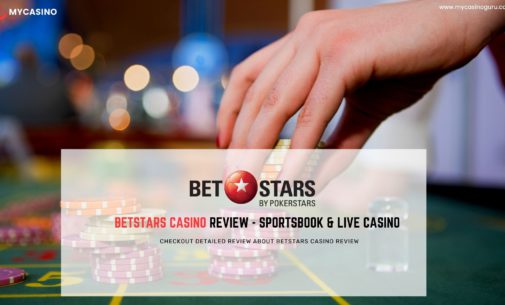