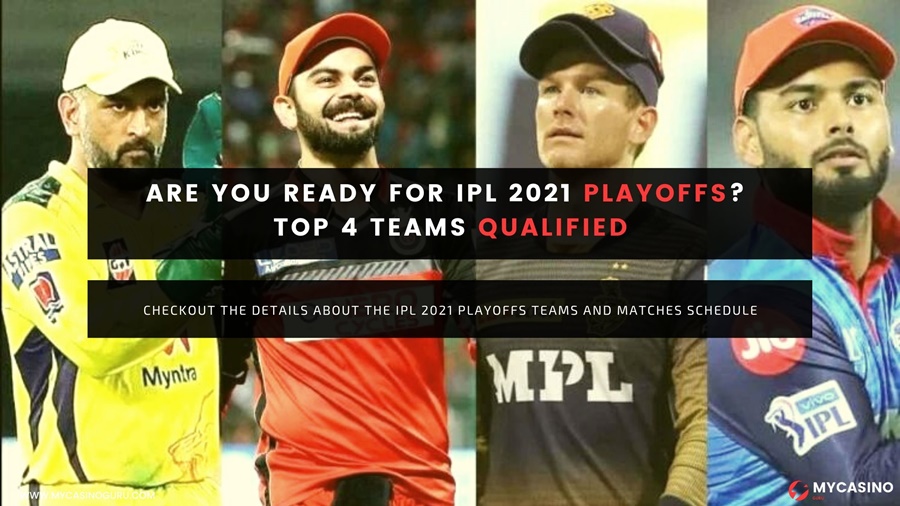 Are You Ready For IPL 2021 Playoffs? Top 4 Teams Qualified

The sensational season of the VIVO IPL 2021 is coming to a close, and we are all set to go into the playoffs with our four charged-up teams.

The teams qualified for the playoffs went through turmoil in their matches, crashing every other team while learning from the defeats. Our super teams have emerged victorious and have defeated the other four teams to get to the playoffs. The league matches stage is done with Delhi Capitals (DC), Chennai Super Kings (CSK), Royal Challengers Bangalore (RCB), and Kolkata Knight Riders (KKR) making it to the playoffs.

With just four more matches to go, the teams are all amped up for the payoffs. There will be four matches where the winners of Qualifier 1 (Delhi Capitals vs. Chennai Super Kings) will move to the final of the IPL 2021 season.

It is noteworthy that Delhi Capitals have beaten Chennai in both matches this season. They will be coming in confident and will start with a mental advantage. However, Chennai has always been a powerful team that is headstrong and has made it to the finals 8 times, out of which they have won the title thrice.

On the other hand, Delhi Capitals have appeared five times in the playoffs and have emerged as runner-ups once in 2020.

In the Eliminator, Royal Challengers Bangalore will face Kolkata Knight Riders on October 11 in Sharjah.

KKR made it through the league matches after Mumbai Indians lost against Sunrisers Hyderabad.

With four teams battling it out in the playoffs, it will be interesting to see which teams finally manage to hold the IPL 2021 trophy.

Meanwhile, you can predict the outcome of the teams by betting at Uwin or Cricsbet – the best IPL betting sites to win huge cash rewards. Do not forget to check the cricket betting tips before you start to place your bets.

Players to Look out for in IPL Playoffs

Well, of course, it is a team effort when a team reaches the finals, but some key players give it their all to make a dream come true. Here are some of the players from all four teams whose performances were outstanding in the IPL 2021, and we are looking forward to seeing how well they pull their game off in the upcoming playoffs.

Shikhar Dhawan is India’s ace opener and is a master of the game who is simply a treat to watch in the field. He scored the highest runs for DC with 521 runs in IPL 2019 and 618 runs in IPL 2020.

The team has flourished under Iyer’s leadership, and he has stepped up as a player in the last three years. However, playing with shoulder injuries ahead of IPL matches in 2021 was the toughest for Iyer, but he has and will overcome the same to take the team towards the win.

He has been the most dynamic cricketer and has emerged as one of the highest run-scorers for Delhi in 2018 with 684 runs. This season of IPL 2021 has been the most fantastic year for Pant, and we are looking forward to some fantastic games from him.

MS Dhoni, or as the fans call him, Thala, is the driving force of CSK. Captain cool nerve loses the cool and has taken the team to the playoffs in eleven seasons. We are waiting to see if he can also stir up the same momentum in this IPL season.

He is the highest scorer of Chennai Super Kings and is regarded as the most reliable batsman. With multiple records under his name, Suresh Raina is living under high expectations this season as well.

Du Plessis has proven his worth time and again in both batting and fielding. He is the pillar of CSK, who has always been strong until the finish and is the team’s key player.

He is the West Indian cricketer who has been a vital part of the KKR franchise. He is an ace bowler and has kept the batsmen under his watch in this whole IPL season. We are eager to see if he can get the ball like he always did in the IPL matches.

Shubman Gill has shown tremendous performances this year by hitting some amazing shits in every match of KKR. He is a budding young talent and would surely like to seize this opportunity this year.

One of the most experienced players and reputed finishers in IPL, Dinesh Karthik, has established his mark throughout this season. We hope that his form helps the team win this season.

India’s most loved cricket player, Virat Kohli, is nothing but the best in his business. He brings the perfect balance to the team and makes sure that he has some surprises up his sleeve every time he comes down to play.

AB de Villiers is the best when it comes to cricket. He has the reputation of taking the fielder for a ride all around the ground with his 360° hitting. We are looking forward to him bringing up some amazing performances in IPL 2021.

He has shined in this IPL season and has scored more runs than Virat Kohli and AB de Villiers. He will indeed be looking forward to RCB winning, a dream that they dearly desire.

Is your favorite player on the list? Then bet on them by making your fantasy cricket team and win real money. Read all about the Dream 11 points guide before wagering the bets.

Watch the Playoffs from the Stadium

According to the IPL update, the fans are allowed in the stadium, and we are sure that you wouldn’t want to miss the opportunity as a cricket fan.

So get your tickets now and head over to the UAE stadium to see the heat turning up as the four greatest teams of IPL battle it out to get the title.

Get your tickets booked at https://dubai.platinumlist.net/vivo-ipl-matches.

The prices of the tickets will vary according to the venues and the ticket prices are as follows:

You can place bets in the IPL at IPL betting sites that promise to offer exciting gameplay. Do not forget to read some amazing cricket betting tips to win generous rewards. 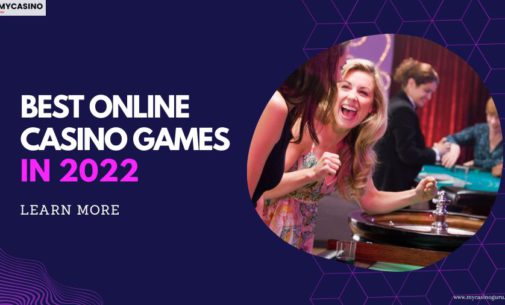