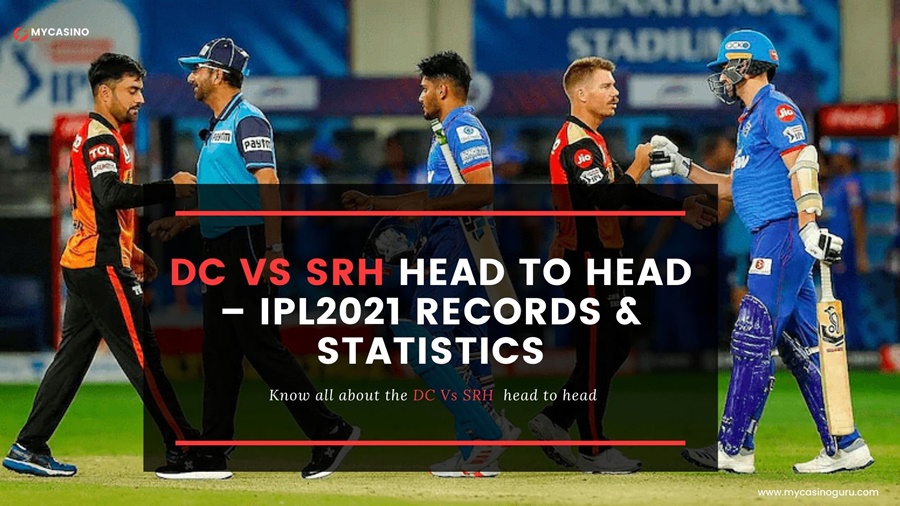 After the last two matches between Royal Challengers Bangalore vs. Kolkata Knight Riders and Rajasthan Royals vs. Punjab Kings, it is evident that the second leg of IPL is no less than an unpredictable, thrilling, and nail-biting experience. The fans witness exciting games and amazing play-offs with every match and are continuously looking forward to many such matches in the UAE.

Continuing the pace, we have the 33rd match between Delhi Capitals and Sunrisers Hyderabad in Dubai on September 22 Wednesday.

The last time the two sides faced each other, the match went for a tie. As the Sunrisers only needed six wins in 7 matches, the Kane Williamson-led team will be aiming for revenge in this match.

Sunrisers Hyderabad has dominated over the men in blue even when it comes to the Gulf country. Out of the four matches, the Sunrisers have won three while the Capitals have won one.

Delhi will bring their newly found gem, Avesh Khan, who picked 14 wickets in 7 games this season and impressed the team with this phenomenal performance. It will be interesting to see if he brings back the same performances in UAE as well and lead the team to the win.

After recovering from the shoulder injury, Shreyas Iyer returning to the team for UAE matches will be a big boost for the team and is likely to bat two down against Hyderabad in the 33rd DC vs. SRH match. As per the IPL points table, Delhi Capitals require two more wins to remain up the charts and book their place for playoffs out of the six games they are left with.

With a few of the players not being able to make it to UAE, the list of playing XI has been changed.

If you think you know your favorite player the best then this is your time to bet on them and start winning huge rewards. Head over to the betting sites, make the best bets on your favorite team or player, and win amazing rewards.

Ready to see the Live-Action of DC vs SRH IPL?

SRH will try to bring its best form to the field as they need to make their place in the IPL table. It will be of no surprise that they will leave no stone unturned in giving DC a hard time maintaining the position in the top four teams in the table.

The fans will witness a gripping and amazing game at the Dubai International Cricket Stadium where SRH will fight for survival and DC will be a tough competitor.

As both the teams will bring their best forms to the field, it will be intriguing to see which team takes the crown.

You can also experience the live-action of the DC vs. SRH head to head match at the stadium. The matches will be held at the three different venues in UAE, and you can get your tickets booked at https://dubai.platinumlist.net/vivo-ipl-matches.

It’s time to get your excitement on and shout loud as it’s time for the DC vs SRH matches.

Want to play your game with millions of players?

Head to the sportsbook at sports betting sites like Uwin or Cricsbet where you can catch all IPL match action and win real money.